"Graciously bestow upon all men felicity, the summit of which is the knowledge of the Gods." [Julian, Oration to the Mother of the Gods]

Leave a comment Posted by Apuleius Platonicus on September 12, 2011

Is the capacity to recognize social injustice for what it is really “distinctly Western”? Uh, no. But please don’t take my word for it. There are a five significant historical examples in this post:

Leave a comment Posted by Apuleius Platonicus on September 9, 2011

David Loy still believes in le mission civilisatrice. How very quaint. Personally, I tend to disagree, as I discuss briefly over at my blogspot blog: 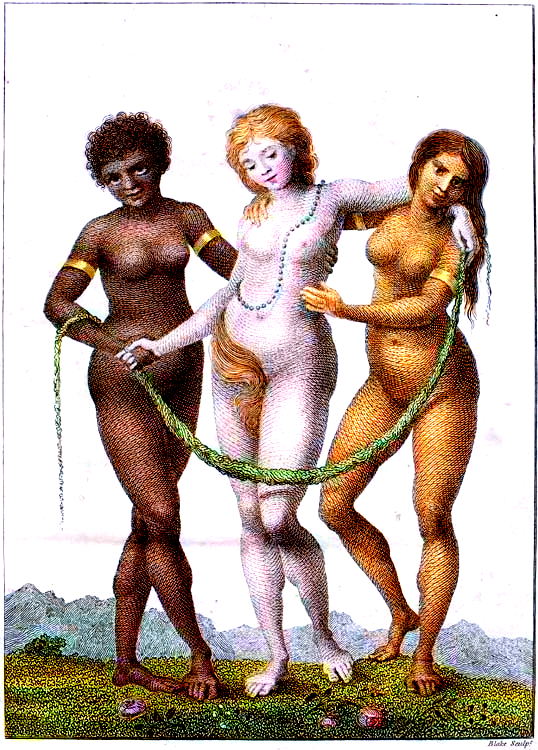 Leave a comment Posted by Apuleius Platonicus on August 28, 2011

Read all about Sudeshna Sarkar’s fanatical Christian colleagues at my new/old blog at blogspot: 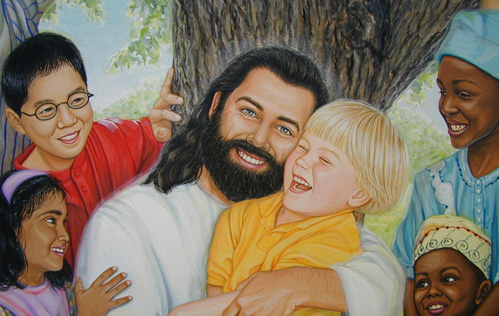 Barbara O’Brien joins in the smear campaign against Nepali Buddhism

Leave a comment Posted by Apuleius Platonicus on August 21, 2011

Read all about it over at my blogspot blog:
Barbara O’Brien joins in the smear campaign against Nepali Buddhism

Other coverage of the false allegations concerning the (non-existent) “expulsion” of the raped Nepali nun:

Here is a list of Zed-skeptic material that I have been able to track down on teh interwebs (if you know of any others, please send them my way, or post your own list, but please let me know!):

*Please note that I almost didn’t post the item from Sepia Mutiny (thus the asterisk) because the author, “amardeep”, inexplicably insinuates some comparison between Rajan Zed and Aseem Shukla of the Hindu American Foundation. But see Shukla’s very polite and substantive response in the comments section here.

And now here are two excerpts from the above listed sources:

(1) The first excerpt is from “Senate opens with its first Hindu prayer“, an article from the February 22, 2008 Seattle Post Intelligencer, reporting on a Zed performance before the the Washington State Senate. This article is linked to and quoted in “Rajan Zed on a promotional spree”, linked to in the above list.

Rajan Zed, who calls himself “a prominent Hindu chaplain and Indo-American leader” from Reno, Nev., sought and received permission to deliver the traditional opening prayer.
¶
Wearing saffron-colored clothes and displaying the tilak, a traditional religious mark, on his forehead, Zed spoke in Sanskrit and English and uttered “om,” regarded by Hindus as “the mystical syllable containing the universe.”
¶
Washington was the latest of six Western state senates that Zed has opened in Hindu prayer, each reportedly for the first time, in the past eight months. He also was the first Hindu to open the U.S. Senate in prayer, which drew protests from the gallery and has been viewed nearly 300,000 times on YouTube.
¶
His appearance in Olympia did not result from an invitation from Washington’s Hindu population, a community of at least 25,000 by some estimates. Leaders of three Seattle-area temples said they knew of Zed from news accounts or not at all.
¶
“I don’t know how he advertises himself or how he gets access to these things,” said Shyam Oberoi, secretary of the board of trustees of the Hindu Temple and Cultural Center in Bothell.
¶
Swami Bhaskarananda of the Vedanta Society of Western Washington in Seattle said Zed sounds like “someone ambitious” whose appearance might be “politically motivated — he wants to be known.”

(2) This next one is from “Is Rajan Zed Promoting Hinduism Or Damaging Hinduism?”, linked to in the above list:

According to Rajan Zed’s website “Rajan is an acclaimed Indo-American and Hindu statesman who has taken up Hindu, interfaith, religion, environment, Roma and other causes all over the world”. I have lived in the United States for a very long time and I have never met any Indian who would consider Rajan Zed as an “acclaimed Indo-American and Hindu statesman”. The Universal Society of Hinduism that he leads is virtually unknown and till date very little information is available on what this society has achieved since its inception.
¶
His website has a lot of photographs of him with some politicians and minor celebrities. It reminded me of the photographs you will see behind the cashier of many Indian restaurants and grocery stores in the United States. In the last few years he has made a lot of statements on behalf of Hindus and Hinduism that are way off base and portrays the religion as one that cannot be criticized, made fun of or subject to any sort of interpretation.

From the Desk of Rajan Zed: Miley Cyrus, Naked Yoga, the Church of Norway, and so forth

Leave a comment Posted by Apuleius Platonicus on July 31, 2011

From the desk of Rajan Zed: 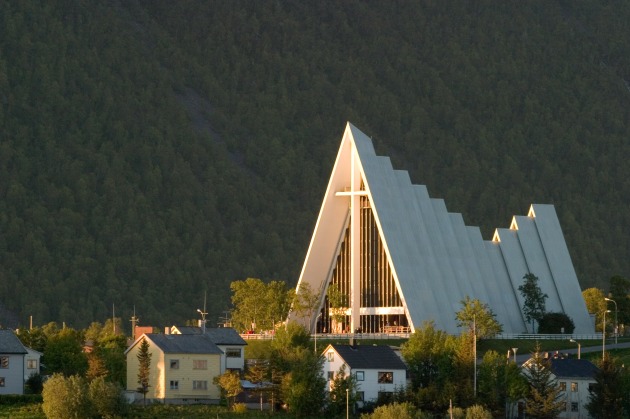 The Forum for Hindu Awakening has taken credit for an intimidation campaign that succeeded in preventing a public showing of the film “Sita Sings the Blues.”

The group claims that “Hindus have found this animation film to be an extremely denigrating twist on their sacred epic ‘Ramayan’.” (link)

The Forum for Hindu Awakening had warned Starlight Pavilion, the venue where the movie was scheduled, “to cancel the booking for this event as a show of goodwill to the Hindu community …. otherwise we would be forced to intensify our protests.”

To get an idea of what the Forum for Hindu Awakening was implying when they talk about “intensifying our protests”, we need only look at two recent stories on their website praising incidents of mob violence against Christians in India.

In one story at their website (link), dated April 3, praises a group of “devout Hindus” who broke up a private gathering in the home of a recent convert to Christianity. The mob beat up the Christian preacher who had been invited to the home and also vandalized his car for good measure. The same article also praises another Hindu mob who seized a Christian missionary and “dragged” him to the local police, who immediately released the man (religious freedom is, after all, guaranteed under the Indian Constitution). Both incidents took place in Jalgaon, Maharashtra. 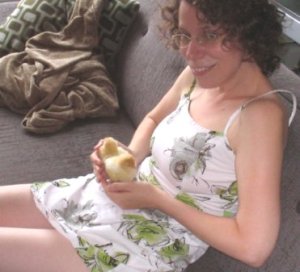 In another article (link), dated July 23, a mob of “alert Hindus” in Nashik, Maharashtra, is congratulated for having “foiled” a “ploy of conversion.” If one reads the body of the article, though, one finds that the “ploy” consisted of a group of 8-10 Christians who were peacefully distributing literature. These Christians were physically attacked by a mob who seized them, their literature, and the car they were using. The mob then proceeded to stage a public book burning of the literature they had forcibly taken from the Christians (consisting of over one thousand books). The missionaries themselves were “handed over” to the police, who released them since they had committed no crime.

The sad story of the film cancellation has been covered by a number of journalists who have written prominent stories about it, including Sumathi Reddy writing for the Wall Street Journal, Saumya Arya Haas writing for the Huffington Post, and Salil Tripathi for the Daily Beast, and has also been blogged about by Kurt Semple at the New York Times, and Katherine Boyle at the Washington Post.

And, if somehow you have never heard of Nina Paley or her film “Sita Sings the Blues” then get thee to Nina’s blog and check her out! The film itself also has its very own website, where you can watch the whole thing for free online!

Also, here is a peak at just how awesome Nina Paley is:

The so-called “Forum For Hindu Awakening” has posted a story on their website titled “Alert Hindus foil ploy of conversion by Christians on the day of Ashadhi Ekadashi“. This story brags about the fact that a bunch of thugs in Nashik (Maharashtra) physically assaulted a group of “8-10 Christians [who] were going around in two vehicles with the books and explaining importance of Jesus.”

According to the story (at the link) these “Hindu” thugs seized the Christians and their books. And then they burned the books (over one thousand copies). The Christians were turned over to the police, who released them without charges (for they had committed to crime in India, a nation with a Constitutional guarantee of freedom of religion).

The twitter feed of the Hinduism Today magazine has also posted a link to the story. Since the people spreading this story are themselves Hindus, it seems, sadly, that it is probably true.

The fools at the “Forum for Hindu Awakening”, along with the world’s most hyperactively self-promoting “Hindu Statesman” Rajan Zed, were the geniuses behind the ridiculous calls last Summer for a boycott of Sacred Source, because of some items for sale at the Sacred Source website that Rajan Zed and some others found offensive. Well, perhaps the boycott wasn’t so ridiculous since it included death-threats! 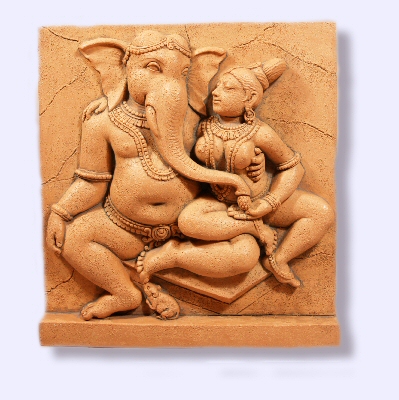 >The Old Religion and Sanatana Dharma (More on Paganism, Buddhism, and Hinduism)

Leave a comment Posted by Apuleius Platonicus on May 19, 2011

>While I was writing that earlier post on Things Pagans should know about Buddhism, it occurred to me that there have been quite a few posts in this blog that are relevant to the subject of the interface between Paganism, Buddhism and Hinduism. Here are twenty-six of them:

Leave a comment Posted by Apuleius Platonicus on May 6, 2011

[This mantra is found on page 134 of Dr. David Frawley’s book Tantric Yoga and the Wisdom Goddesses.]

The wordpress version of this blog that you are currently viewing is no longer active. Please visit us at

His Holiness the Dalai Lama

Lesbians In My Soup

The House of Vines

About the EGREGORES Welcome Banner

FAR LEFT: Irminsul; LEFT: "Goddess of Freedom", sculpture by Thomas Crawford, placed atop the US Capitol in 1863. CENTER: from the painting "Bacchante", by William Adolphe Bouguereau, 1894. RIGHT: "The Tyrannicdes", Roman copies of the original sculpture by Antenor from Athens (ca. 408 BC), commemorating Harmodius and Aristogeiton; FAR RIGHT: "Deivé, Lithuanian Goddess" by Ritmas Tarabilda, 1998.